PARA 1. In an earlier Blog, “Female Genital Mutilation”, we discussed how powerful the ancient tradition of FGM was and the impact of this pressure still in modern times. We did not shy away from posing the question of if a natural parental response to the earsplitting screams of little daughters having their legs forced open and their genitals sliced off, is not, “Stop! I do not want my child to hurt like this! Stop now!” 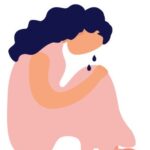 PARA 2. And while our identities are often rooted in our traditions, times are different now. Physically tortuous rituals, especially based on gender based assumptions, should now be looked at in a more informed light, acknowledging the likely long term harm – to the person, the family, and a society as a whole.

PARA 3. More and more, victims of FGM are strengthening their awareness and their voices, trying to regain one aspect of their lives through clitoral reconstructive surgery or clitoral reconstruction (CR). Some women do it secretly because of the fear of being ashamed by their family and culture. Most FGM victims consider it as a chance to lead a normal painless and fulfilled life as a female.

PARA 4. CR involves breaking open the scar formed by FGM and attempting to pull toward the surface any residue of the clitoris, the majority of which lies beneath the hood of skin and is not seen on the surface. This attempt to reverse the man-made deformity can potentially relieve the pain so often associated with FGM and restore sensitivity. “Defibulation” which involves releasing the scarring and so allowing penetrative intercourse, urinary flow, physiological delivery, and menstruation. Moreover, CR decreases pain, improves sexual response, and creates a pre-FGM genital appearance (National Library of Medicine).
CR seeks to return to FGM victims what was taken away, as retold by the women in the following stories. Watching the stories is heartbreaking. Reading the comments beneath the videos is even more soul-tearing, because it is clear there are still so many who are far out of the reach of CR (click on the video titles to watch).

1. “What was taken away is now back” #endFGM
2. “Kenyan surgeons restore dignity back to female mutilation victims”
3. “Reversing Female Circumcision: The Cut that Heals” 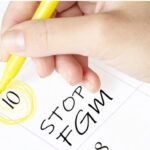 PARA 6. Although Sarah Creigton and colleagues argue that CR is not always helpful, this depends on the type of FGM originally performed. In cases of FGM type 2, where the clitoris has been fully or partially removed, the nerves cannot be preserved, and so there can be no excavating of buried tissue or preserving of neurovascular bundles lying under the scar tissue. And the formation of an artificial clitoris still cannot restore original sensation (S. Creigton, S. Bewely, L.M.Liao).

PARA 7. It is a step forward that FGM has outlawed in 22 countries but it continues to be performed on thousands of girls every day in others. And sadly, information about reconstructive surgery has not reached many villages and towns in some areas, many lack financial resources to access the procedure, and many more still are afraid of even presenting the wish to their families. Despite existing doubts about the benefits of CR, assessment of psychological and physiological impact of the procedure are ongoing.

PARA 8. So far, generally, most studies on CR involving multidisciplinary care—including psychological therapy before and after the surgery—identify a positive outcome in the reduction of women’s pain, and improved sexual function, self-body image and self-esteem (J. Abdulcadir , M. Rodriguez, et al.).

Exercise: Choose the answer (A, B, C or D) which you think fits best according to the text.
Skills: OET Reading C tasks

1. In the first paragraph, the writer is trying to highlight
a. the authoritative nature of all cultural traditions
b. the impact of tradition on the role of parents
c. a tradition which does not let mothers protect their daughters
d. wisdom and humility in the face of cultural traditions

2. What do we learn about FGM in paragraph 3?
a. Cultural opinion about rejecting FGM has changed in recent years.
b. Females now have less fear about having or rejecting FGM than in the past.
c. Reversal of FGM is now being seen a tool for empowering some women.
d. Women often need to confront their family before they undergo reversal of FGM.

3. According to the paragraph 4, motivating factors for having CR do not include
a. improving genitourinary function
b. improving enjoyment of physical intimacy
c. restoring self-esteem up and facilitates a better life
d. relieving the shame and fear of having had the procedure.

4. In paragraph 7, what is emphasised by the phrase: ‘but it continues to be performed on thousands of girls every day in others’?
a. Despite the criminalization of FGM, people still sustain the practice.
b. In other countries, there are even more traditions that target girls.
c. Thousands of girls who have gone through FGM keep silent about it.
d. Countries have largely accepted that the practice of FGM will continue.