The practice is thought to date back thousands of years, in Egypt, Kenya, Sierra Leone, Sudan and Somalia for reasons ranging from preservation of girls’ virginity, rite of passage into adulthood, control of sexual behavior of women, and making a girl a better marriage prospect (National Clinical Group) (maybe because it guarantees the man gets a bride with her highly prized virginity intact?). But FGM persists because of the drive to stick to old traditions, the need for social survival in some cultures, and sometimes out of habit that is so removed from the original purpose 2000 years ago, that today’s believers might not even themselves know why they do it:“ It’s just always been so.”

FGM, the removal of the external genitalia partly or entirely in young girls usually 2 to 15 years old, does not only happen in primitive tribes. It is practiced in the UK, USA and other modern, developed countries because people travel with their culture 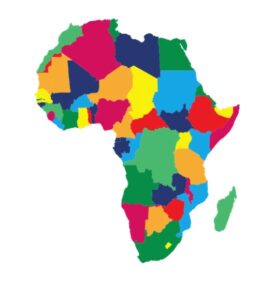 the same way they travel with their luggage (The Orchid Project).

The west is seeing more awareness of FGM, as well as drives to eradicate the…practice. But the battle is tough. For traditionalists who hold to it, refusing FGM means dishonor and disrespect to your family and community. Girls who are not cut are disowned by their families, and ostracized by their communities, labeled “dirty”. People may even refuse to take food from them. Such heavy social pressure and ostracism push parents to agree to the cutting of their girls, and it encourages men to insist on a future wife who is cut. And in the most traditional settings, the cutting and suturing back are done by the old ladies of the community in primitive, unhygienic conditions without anesthetic. Only then are the girls are considered “improved”.

Have you ever wondered…?

…what happened thousands of years ago that made men so terrified of female sexual pleasure that they persuaded whole communities that butchering off female genitals was better for everyone?

…what happened thousands of years ago to convince women that it was honorable to hack off the privates of their fellow tiny young females who could not resist?

…if, over thousands of years, there really never were enough mothers who, hearing the earsplitting screams of their little daughters having their legs ripped open and their genitals sliced off, shouted, “Stop! I do not want my child to hurt like this! Stop now!”

Some countries claim that FGM is not done with the intent to “mutilate” the young female population of the country exclusively. Quite the contrary. FGM raises the value of these girls, they claim. Girls who are cut have the best chances of being a fully accepted member of their community, better prospects in the future to become a wife, etc. Cut girls, tradition-followers believe, are spared from “unaccepted” ways of getting pleasure through their clitoris (Kate Ryan).

Do not mind the cutting often leads to infertility that leads the men to just find another girl for a wife. Do not mind that absence of labia makes urination painful, and sexual intercourse agony even as the husband enjoys the sex act himself with no problems. Do not mind the vaginal passage tears during childbirth while the husband has no problems with his body. It seems all these are acceptable if it means the woman feels no pleasure.

A United Nations resolution, adopted in December 21, 2012, called on all countries to eliminate FGM in an “important step towards a world free from violence against women” (Female Genital Mutilation). The World Health Organization (WHO) reports that about 200 million women globally who have been undergone partial or total removal of the external genitalia have been suffering from chronic pain, infertility and even death. The aftermath for young girls 2-15 years old who are typically the targets of this tradition are severe pain, bleeding, and swelling that prevents passing urine or stool. In the long term, it can lead to chronic pelvic infections, urinary tract infections, and birth complications for mothers and children. The psychological trauma of the cut women lasts for years. The WHO tries to reach all countries practicing FGM still by constating the fact that “there are no health benefits from this procedure” (Kelley Calkins).

Several African countries have criminalized FGM, but there still many who don’t … or won’t.

But often data – numbers and percentages – do not get the attention of the public while a personal story does.

The story, “Desert Flower” is one of the cases of FGM. Waris Diries, a real-life retired fashion model and now activist, fled Somalia when she was 13 years old, after undergoing FGM at age 5. Her desperate start as a migrant in London ended up with her becoming a top model from age 18. In 1997, she finally gave a talk against the practice of female genital mutilation. In 1998, she wrote the book “Desert Flower” which, in 2009, was made into a film. Waris’s organization, the Desert Flower Foundation, raises awareness about FGM. She is a Peace Ambassador for the African Union (Waris Dirie).

This is her story in film:

Help in preparing for OET

BUILD YOUR VOCABULARY WITH WORD FAMILIES