Check your English idioms, and skills in restating and rephrasing. Skills needed for the OET Listening subtest 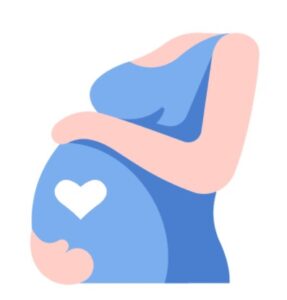 A couple from Moldova, who were asylum seekers in Germany, were sent by their Migrant Medical Care Center to a dentist. The woman, who was seven months pregnant, had not one, but two extremely painful teeth. She was in agony. With typical efficiency, they were registered and the dentist agreed that the teeth should be removed right away. But then…a brick wall of bureaucracy. The office receptionist announced that the woman could not be treated because, in the rush to get her and her painful teeth to the dentist, the Migrant Centre had written the husband’s name on the referral form, not the wife’s. Now the poor woman had two things to cry about. They begged and pleaded; it was clearly a mix up, after all! But nothing is more inflexible than German bureaucracy and, according to the letter, the husband was the patient, not his wife. After a long discussion about the dilemma, the doctor decided to have a look at the husband. Surely, he must have something wrong with him, too! It turned out that he did.

Standing pain-free beside his groaning wife, the husband did in fact have a tooth with no crown above the gum, only a root

buried deep in the socket of his jaw bone. Apparently, the tooth had started crunching way piece by piece long ago.

The dentist dutifully took the time and energy to explain that losing the tooth could have been entirely prevented (a waste of energy since the time for prevention had clearly passed, and the couple likely did not understand most of what he was saying, anyway). But the decision was made – the husband would go under the knife and his toothless tooth would be removed.

His wife stood to the side, groaning in pain.

Into the dentist’s chair, the husband went, and the dentist prepared and administered an injection to prevent pain.

The wife remained in the waiting room, whining in pain.

Once the husband’s gum was numb, the gruesome surgery to dig the leftover root began. The sounds were pretty gruesome, too (as nearly all sounds in a dentist’s office are). Grinding, drilling, scraping. More drilling. More grinding. More scraping. The noises likely might have made the wife cry, too, but she was already busy loudly crying. She had horrible toothache…still. 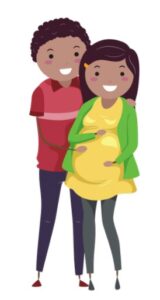 The husband didn’t whimper. He was numb thanks to the injection and to his high pain tolerance.

And the surgery was successful.

He emerged from the dentist’s room with a swollen side of his face, little flecks of blood on his lip, an empty tooth socket, and not a care in the world.

His wife was still crying in pain.

Turns out she still couldn’t get even something for the pain because – yup! – she wasn’t a patient; her husband was.

Next day, they got the right name on the form and returned. The dentist decided to put in temporary fillings in the wife’s two teeth, which helped to control the pain. Finally!

Help in preparing for OET