Let Your Pet Be Your Superpower! 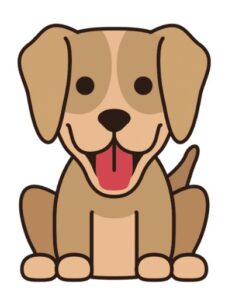 Are you a dog person or a cat person? Were you raised on a farm and appreciate working farm animals more? Or are you the type to forego the traditional in favour of something more exotic, like an iguana or snake?

Even though owning a pet is not to be taken lightly, especially for the inexperienced animal owner, Professor James A. Serpell at the 7th International Congress on Animal-Human Relations noted that pets are integrated into modern family lives more than ever before. In the early 21st century, the US saw 63% of households with at least one pet and about 45% had more than one. This was not always so (Encyclopaedia Britannica). In the 16th and 17th centuries, having a pet could literally threaten your life since owners of cats, dogs, mice and birds were often accused of witchcraft. This unfairly biased imagery was even depicted in famous paintings by Grien (the witch and cat in Witches’ Sabbath) and Goya (devil in the form of a goat).

Domesticated animals are seen in drawings dating back to ancient Egypt. In Czech Republic, a dog believed to be 32,000 years old was found buried with a bone strategically placed in his mouth (boehringer-ingelheim.com).  It is thought that the domestication of wolves started with them scavenging food from humans and in return, acting as human guards and protection, even helping them to hunt and so demonstrating a certain savviness in politics and problem-solving with this across-the-aisle teamwork to get the job done. Wolves evolved into modern day dogs. Meanwhile cats did not condescend to be domesticated until approximately 3,600 years ago(boehringer-ingelheim.com), likely to the surprise of no one who owns a cat. After all, just because other species were submitting to humans, this didn’t mean cats would or should rush to do it too. Feline self-determination would be neither forced or shaken until they were good and ready.

Pet ownership is found in every society and culture and it might have started with animals fulfilling particular work or economic needs for humans, but has largely evolved to much more for both animal and man. 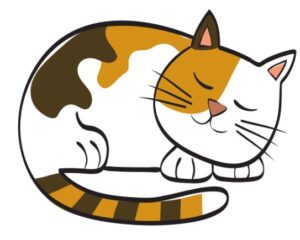 A Pet Hug A Day Can Keep the Doctor Away

A loving relationship with our pet(s) can reduce the stress hormone, cortisol, while raising serotonin levels, overall easing anxiety, depression and loneliness, and also improving cardiovascular health by encouraging regular exercise—positive for both human and animal health. Pets can calm us. It has even been noted that pet owners over 60 years old make 30% fewer visits to the doctor (HelpGuide). And patients with Alzheimer’s, ADHD and autism have been shown to have fewer anxiety attack and better non-verbal communication when around the calming effect of an animal.

It is an irony that the animals we have domesticated also make us more human. We know the immediate joy of coming home to pets who are happy to see us. According to a 2015 Japanese research group, oxytocin (one of the so-called “love hormones”) increases in both dogs and their humans when the two look at each other. Further, dogs, like dolphins, elephants and other documented species, are able to sense our moods, gestures and tone of voice, and offer emotional support when we need it. Some can even detect previously undiagnosed illness and predict imminent epileptic seizures. Another irrefutable observation by pet owners, natural wildlife observers and laboratory scientists: empathy is not an emotion reserved only for humans (News in Health). Similar neural pathways in the brain’s prefrontal cortex and amygdala which are involved in empathy are found in both animals and humans. Just as people flinch when we see someone trip and fall, mice were observed to freeze their movement when another mouse received a foot shock. Such empathy is important because it is linked to better interpersonal relationships, mutual understanding and selflessness in helping others. Conversely, a lack of empathy is linked to callous behavior, corruption, crime and destructive war (Psychology Today).

Even the act of observing animals can keep humans more respectful and understanding of life and our planet. Famous environmental writer, Carl Safina, after decades of natural wildlife observation noted that animals bond with each other, compete, have ambitions, struggle to survive, play, raise young, are afraid of danger, and protect not only their own species but sometimes others. “Animals are no different from us in that regard and [their] presence here on Earth is tremendously enriching” (National Geographic).

Identifying Opinion & Attitude: “I think”, “I feel” and “In my opinion” are not the only ways we show opinion and attitude in English. We often use adjectives, nouns and verbs to indirectly show negative or positive feelings about a topic.

Language exercise: Does the language in bold demonstrate opinion/attitude or fact?