Taking … and taking… and taking the test? Here’s a better strategy for passing OET.

Read the story and choose your OET preparation provider

Let’s call her Sheyla, a nurse from Egypt, and this is her make-it-through story of passing OET.

Deciding on OET was easy—her husband had a job offer in London, but with children aged 5 and 7, they would both need to work to provide for their family.

Moreover, Sheyla loved profession and wanted to specialize in research. Hence, she went first to the vastness of social media, checking groups for information on how to pass OET. Based on the chats of other candidates, she chose self-study only. For one thing, there were plenty free sample materials from different sources she could download, and for another, plenty YouTube videos gave general tips on the different subtests. But in her first OET, Sheyla got B in Reading, while scoring C+ in Speaking and Cs in Listening and Writing.

her husband’s job offer was good for another five months, therefore she had time.
She registered to take the test again, two months later. This time, she engaged more with those who had passed OET, and found speaking partners who were second-language-learners like her. Additionally, she attended open webinars and did more practice papers and writing corrections. Her Writing tasks improved to C+—great news!—but her Listening scores were not improving. Plus, she was hearing conflicting things about her Speaking. She didn’t know what to believe.

For her second OET, she gained Speaking C+ (again), Writing C+, Listening C+…and what?! Now Reading C+?! Where had she gone wrong?

It was disheartening. Nevertheless, she would do OET a third time. She and her husband discussed him moving to the UK ahead of her, leaving the children behind, as her parents and his were in Saudi Arabia to help with childcare.

Sheyla began watching medical documentaries, listening to various health podcasts, and watching medical series. She did it while busily tending her family, whenever she could, half paying attention, sure that something would sink in as she tried to absorb the different accents and varied vocabulary. Meanwhile, she also focused on doing her Writing faster. She was always rushing at the end, so that she had no time to proofread any errors within the 45-minute period. But she still couldn’t figure out what her problem with Reading was.

Her third OET, she felt less confident than ever, despite now being really familiar with the test. And again, she hit the wall – her third try did not succeed. She fought despair when seeing posts from those who passed and were moving forward with their careers. She was even more agonized as she and the kids waved her husband goodbye at the airport. He could delay going to London no longer—he would have lost the once-in-a-lifetime opportunity.

Sheyla couldn’t face OET again, could she? It was too stressful. And the money already spent with nothing to show for it, money they needed for their family! Each time she put off doing the test again, however, her husband reminded her that he was waiting to be with his family again. 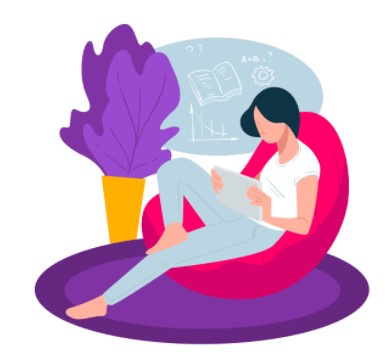 She needed to do something differently. Whereas before, she had been struggling on her own and unsure what she needed to “stop hitting the wall”, now she would get an expert tutor. She found them directly on the OET website—trained specialist professionals who were not expensive as she thought (she’d already spent so much money!) But, after all, this not just a test. This was her and her husband’s future careers and the future of their children. Her Premium Provider tutor did an assessment, step by step took her through each part of each subtest showing her techniques, improving language and other skills she didn’t even know were helpful, and tested her again and again. She felt like a curtain had lifted from her eyes. They had found her issues! Found ways to overcome them! She was ready.

Her fourth time, nine months after her very first OET, she finally passed!

“Honey, the tickets are booked for end of the month. The kinds and I are so looking forward to seeing you again!”

So, what’s your own story?

All things considered, self-study is wonderful but can be time-consuming, inefficient and, ultimately, expensive. No two persons have exactly the same issues, and working with a specialist tutor can help you correctly identify your weaknesses and strengths, point out the difficulties inherent in the test, and save you time, money, frustration and lost opportunities by making your way to success clearer.

If you feel you’re not ready for OET, try our Intermediate Medical English (B1-B2) which help you improve your English language and get you on your way to a good score in OET later: https://promedicalenglish.com/pre-oet-medical-english/

Watch our OET heroes to see their experiences with a specialist tutor:

Mock Test before your official exam can be a life saver. Mock Test https://promedicalenglish.com/product/complete-oet-mock-test/

Reading and Listening can be improved through the course and tutor support: https://promedicalenglish.com/product/

BPME wishes you best of luck in your OET exam!

Transitional words and phrases connect and relate ideas, sentences, and paragraphs. Their function is to show the logical flow of ideas and signal the relationship between sentences and paragraphs.

Instructions: Chose the transition word that can replace the underlined parts of the sentences below:

1. A water main in the city center broke this morning, so several hospitals and houses had no water for hours.
2. Even though most people of certain regions are primarily concerned about cancer, it should be bore in mind that it is now nearly a worldwide disease.
3. Sheyla will probably be a late bloomer in the society, just like her older cousin.
4. Some people avoid any kind of exercises. Consequently, they have had to spend a lot of money and time trying to bring their shape back at a later age.
5. Running can make people more aware of the nature surrounding their neighbourhoods, such as the scent of blossoming trees in spring or the changing colours of the leaves in autumn.

OET SKILLS (Reading) “Why Do We Love?”